The photo of the GDR border guard Conrad Schumann fleeing to the West in the year 1961 is considered an icon of the 20th century. According to “Time” magazine, the picture, which quickly spread across the globe after the event, counts among the one-hundred photographs that changed the world. Today it is part of UNESCO’s Memory of the World Programme.

On 15 August at 4 pm, East German state policeman Conrad Schumann leapt over the barbed wire fence at the corner of Ruppiner-/Bernauerstrasse into the Western section of Berlin. The leap was captured by the young photographer Peter Leibing. In the Deutsches Historisches Museum the film director Boris Hars-Tschachotin carries us from reunited Berlin back to the year 1961 in a 360° virtual reality installation. By means of a virtual reality headset visitors can watch the event from three different perspectives: that of Conrad Schumann fleeing in his National People’s Army uniform (Anton von Lucke), that of the photographer Peter Leibing (Max von der Groeben), and that of the West Berlin policeman Manfred Klumm (Daniel Axt). The 360° full-colour room provides a multi-perspectivist record of the moment of the leap and goes beyond the scope of the original iconic black-and-white photo for the first time. The public thus experiences the events directly from these subjective viewpoints – on the one hand from the West Berlin side, on the other from the East. 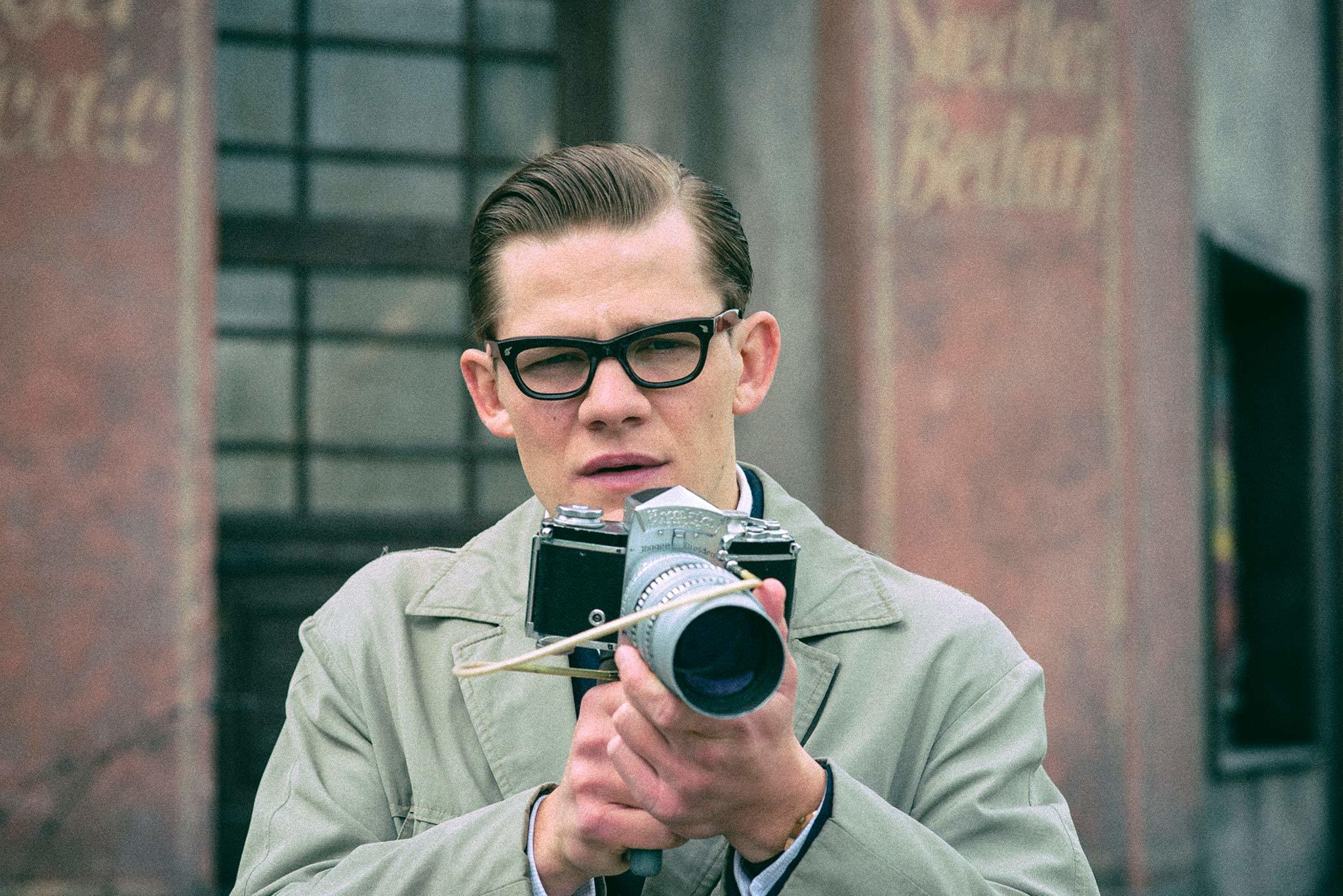 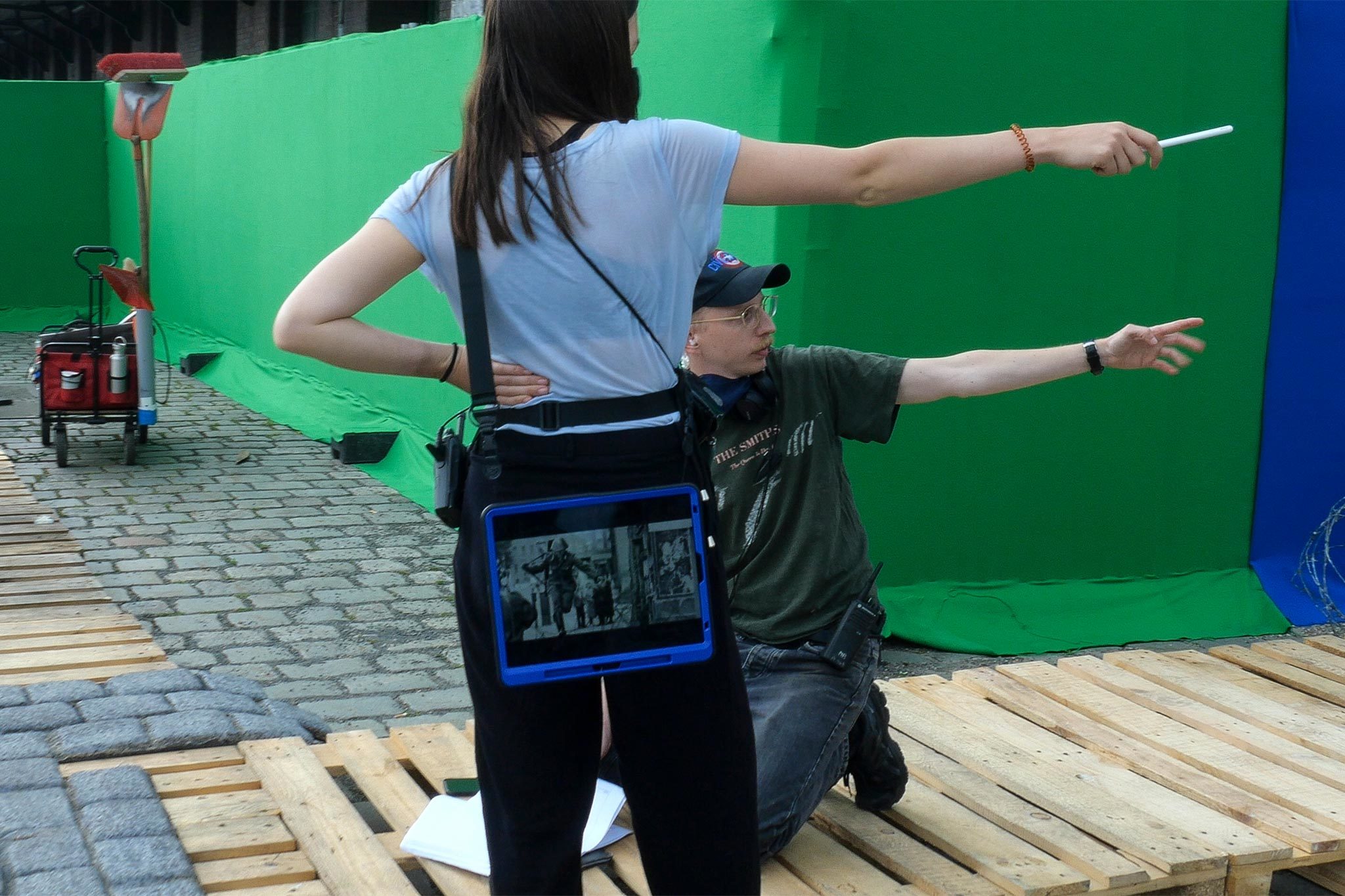 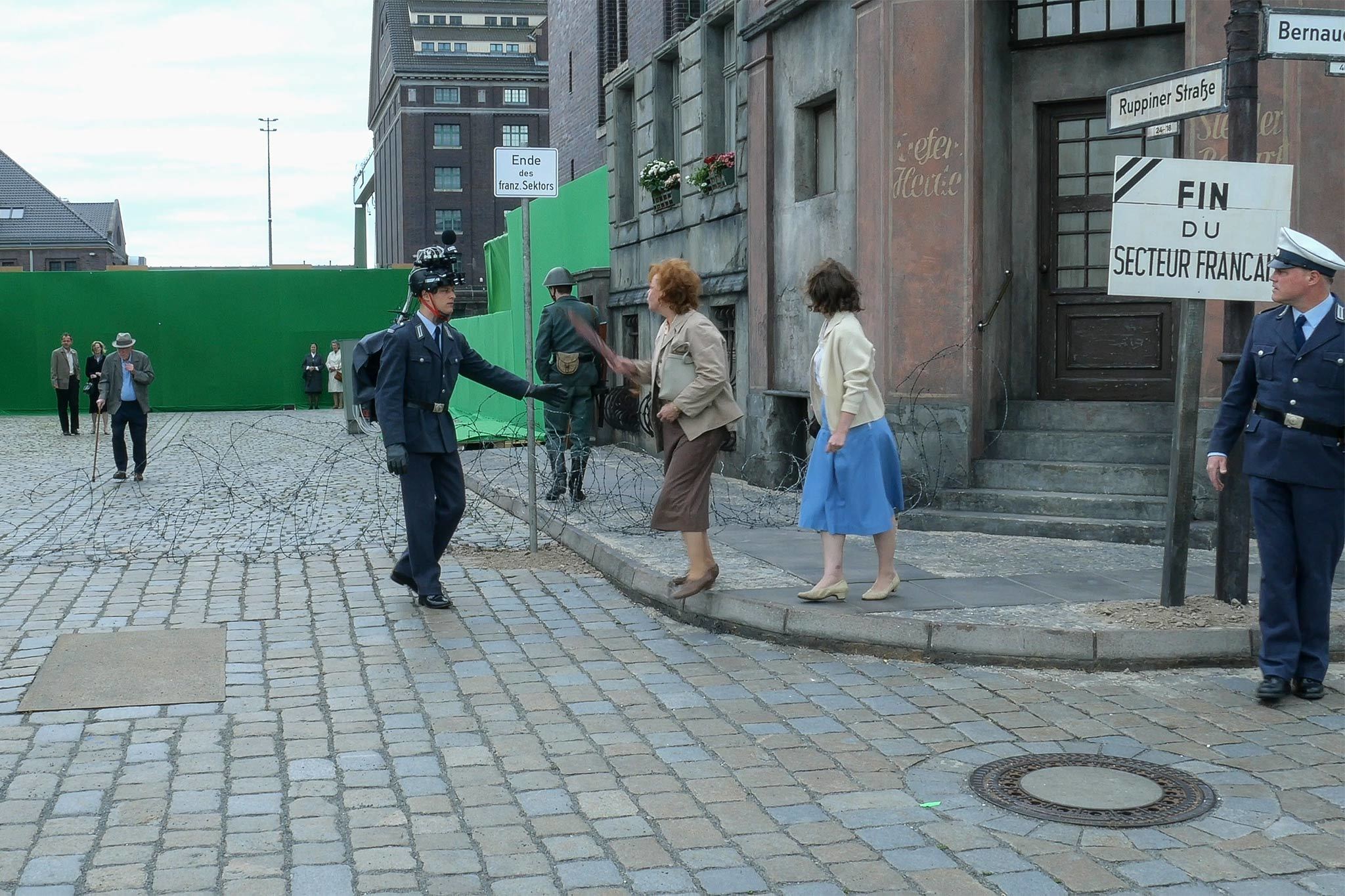 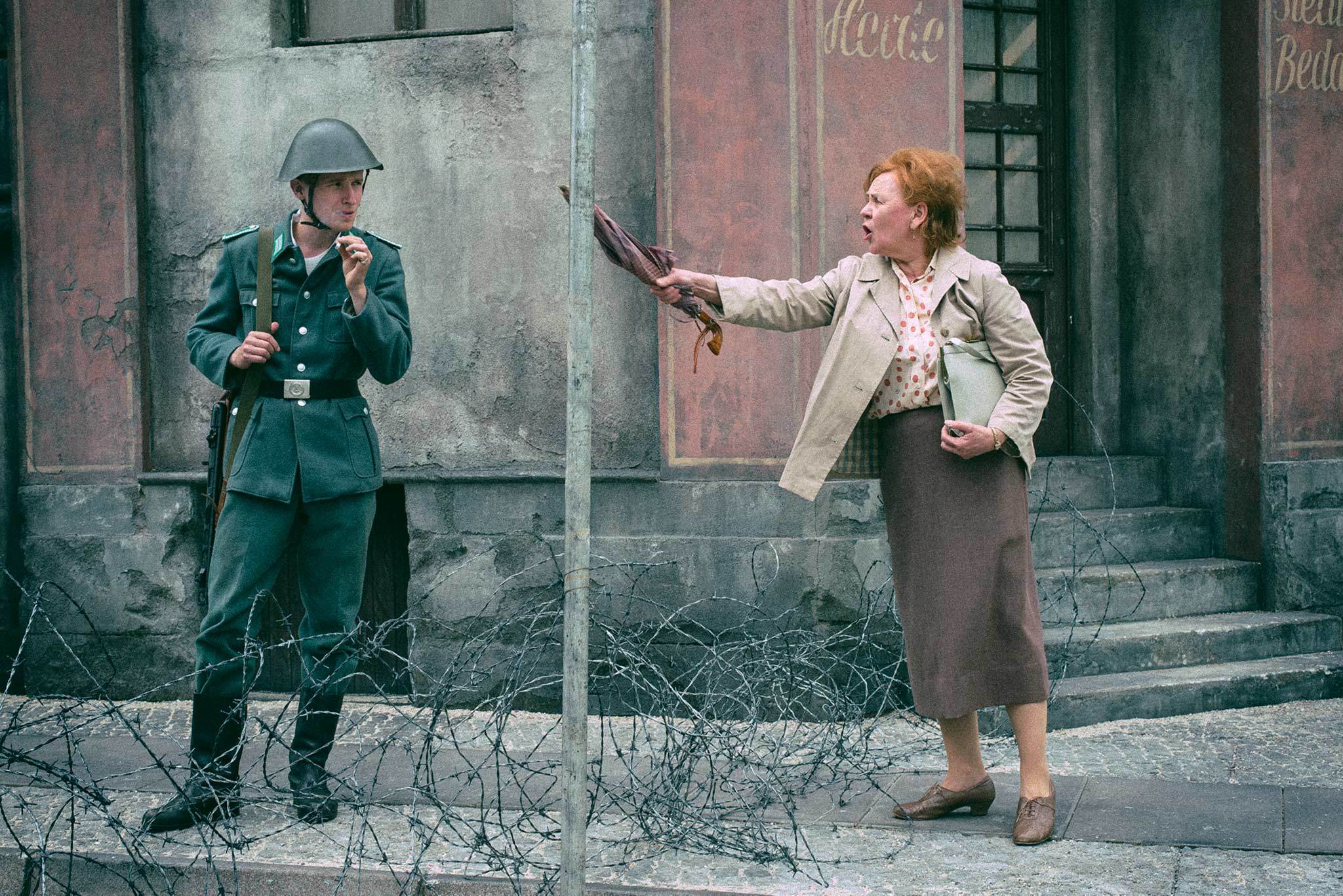 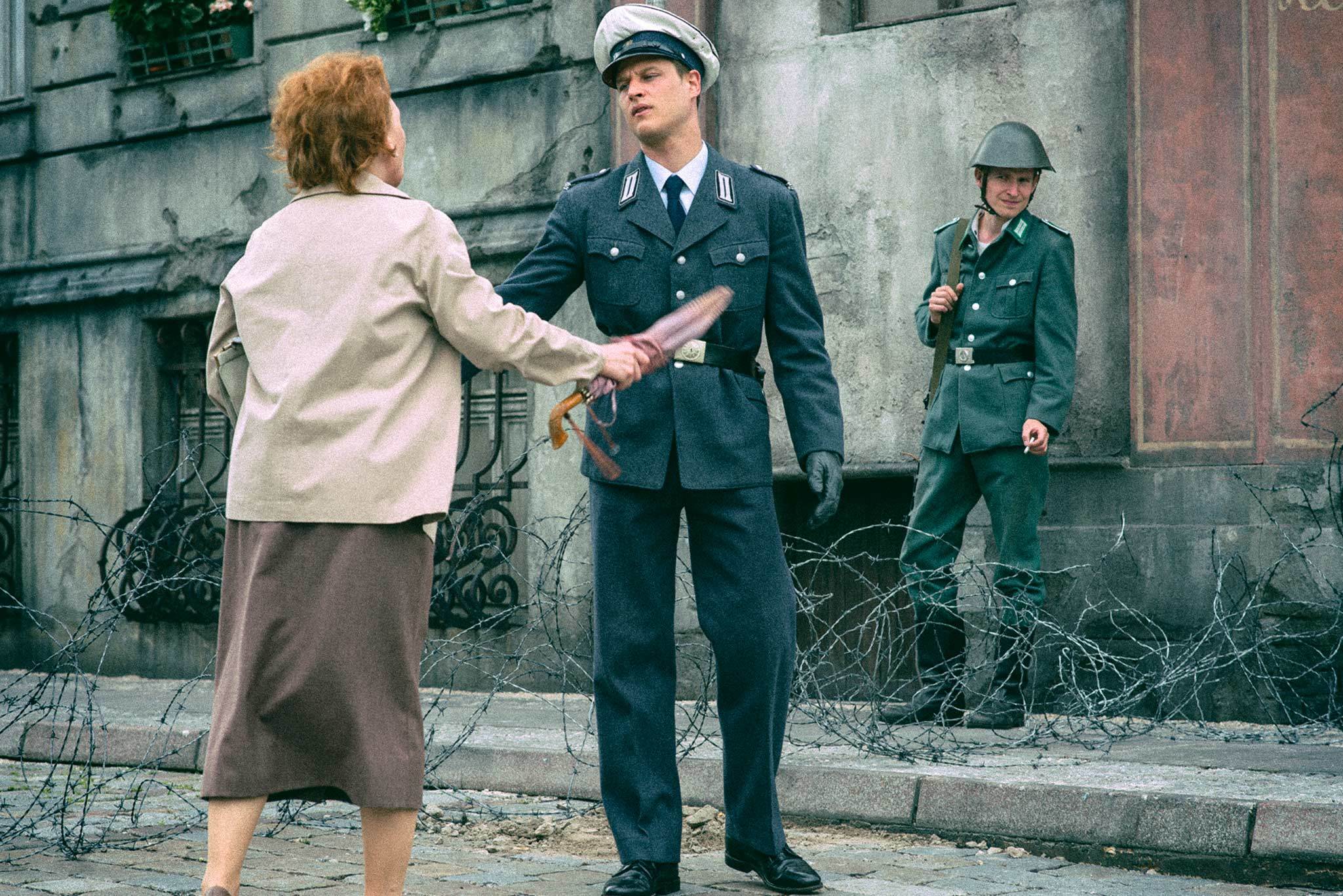 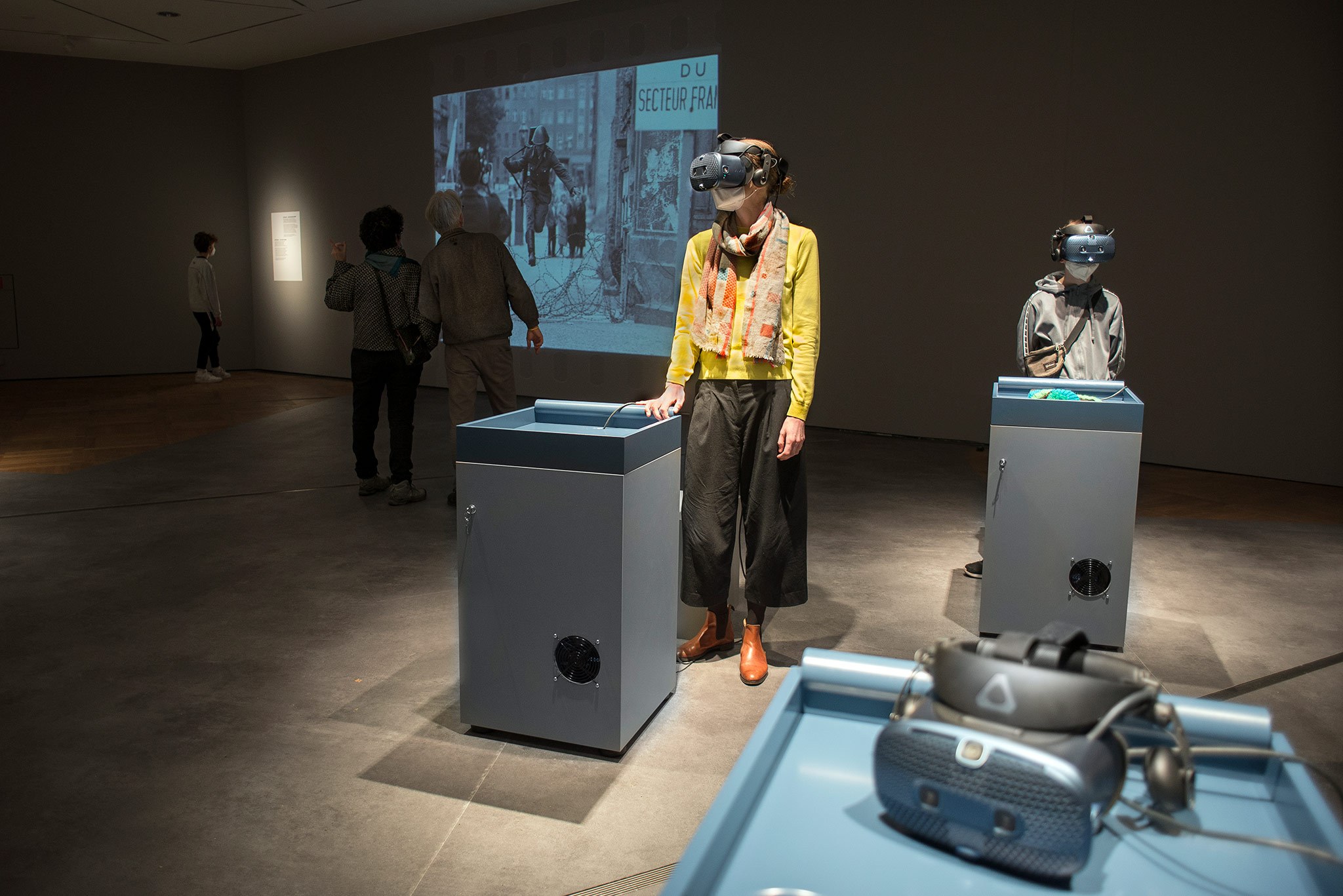 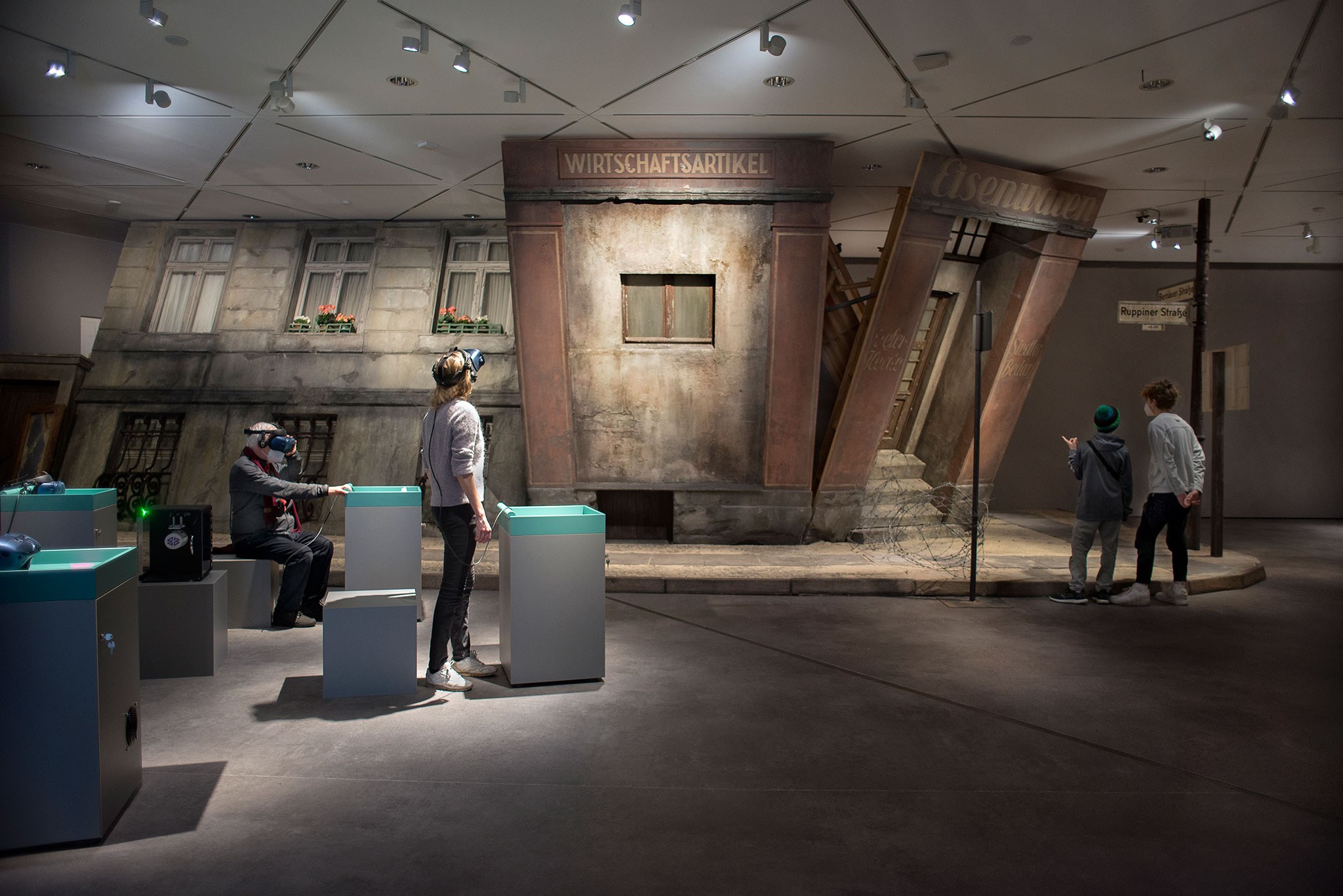 Report about The Leap, Tagesthemen (evening news, in German).